During my recent trip to Stockholm I was invited back to the Wallenberg Institute to take part in a special award ceremony honoring the SEB’s Finance and Risk Compartment, a virtually created organization within SEB, for their collaborative excellence. SEB is one of the “big four” banks in northern Europe that has invested a great deal of time, effort and resources in creating a more collaborative environment within the entire organization. The Wallenberg Institute group selecting SEB’s Finance and Risk Compartment for this award were all trained in Radical Collaboration. 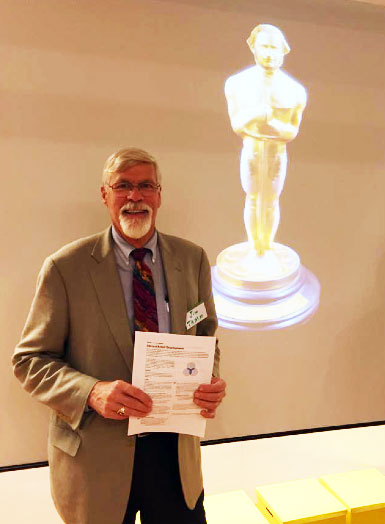 Jim Tamm at the Award Ceremony

The award specifically recognizes the organization for their skillful use of the interest based problem solving tools taught within SEBs Master Collaboration workshops as well as at the Wallenberg Institute itself.

SEB’s Finance and Risk Compartment was tasked with integrating numerous large scale business & IT needs throughout SEB. By focusing upon the underlying interests of all the stakeholders the Compartment was able to create effective dialogue and synergy leading to some remarkably effective solutions.

I’m particularly excited that because of this recognition for the outstanding use of Interest-Based thinking, the Interest-Based preparation tools which come from the Radical Collaboration program are being offered to other teams within SEB.

Congratulations once again to SEB for the value they place on effective collaboration and for taking a leadership role in this field!